Let the kids be kids: Juvenile Diabetes Tips for Parents

Arva addresses client specific topics as they arise. Here she shares her thoughts after dealing with parent whose child has Juvenile Diabetes: 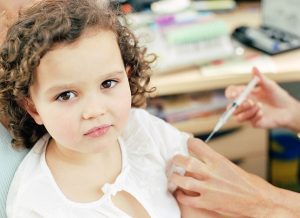 Let the kids be kids: Juvenile Diabetes Tips for Parents

JD is a disease. A disease they have, not a disease they are.
Dis-ease is the opposite of comfortable and easy.  But, much as we can, we must put our children “at ease.”

I’m sure every parent wants that.

Because of the nature of illness and cure, because for juvenile diabetes there is, at this time, no cure; because we all need to discuss the doctor’s reports as we go along, parents sometimes forget that they cannot include their children in adult conversations about their children or their childrens’ health.

After months and years of illness and doctors and hospitals, our  children do mature more rapidly than other children who are disease free.  That’s true.   And children do have to learn to accept that they have things to deal with and take some responsibility for, that other children don’t.

Still, they should not be included in adult conversations about themselves or the state of their illness.

Even if they want to be included; even if  they seem comfortable being discussed, or even joining in the conversations,  (they do become accustomed to it) They shouldn’t. They are children.  And as much as is possible, they should be allowed to be children.  Normal children.

Other wise, they will identify them selves as (hold onto your chair this will be hard to hear) DISEASED children. Inferior children. Maybe even cursed children.  Inside.  Inside in their heads and hearts, they will feel they are damaged goods..

No parent wants that.  No parent intends that. Yes parents, unwittingly, do that.
Children must be told and made to understand that diabetes is something they have, not something they are. What they are must be focused on and talked about and laughed about and bragged about..

Just as we have learned, over the years, to never say “You are a bad boy.”  and instead to say ”That was bad behavior.”  So parents must say that their kids have JD kids  JD is part of them, not all of them.

Here are a few rules adults should follow in dealing with children who have Juvenile Diabetes..

Do not let them hear you refer to them in any way other than as your kid(s) who have regular issues: wanting this or that game or object, or sleep over; wanting to push boundaries, etc.  Regular kid stuff.  There is always more than enough of that.
Do not let them hear or ask them to deal with any adult issues.
Do not burden them with situations they cannot control.
Let them be kids.
Let them be JUST kids.

Adults have to create the context for their kid’s lives.  Create it and control it. Kids can’t.  Kids with JD do have to live in a way most other kids don’t have to, a lot of the time. Taking medications and having extended periods of illness can make kids forget how to be just children.  The irony is that parents wish their kids could just be regular kids, and they are probably just trying help their children accept the whimsies or ineluctability of disease.

And that IS important. But if it is not handled carefully, it can  make a child feel less like a normal child and more like  the identified patient . The problem.The problem the doctor’s can’t fix, the parents can’t fix, the kids themselves can’t fix and are pained by and controlled by and frustrated by.

So, when you’re alone and most certainly when you are in company, talk about things all kids talk about, what happened today, how the cat is with her kittens or the teacher asked them to write about. Don’t talk about the latest test results; how it affected the child’s behavior, what prognoses are, etc.  If your child needs to know or asks to know what’s going on, it is incumbent upon parents to find the best way to tell him/her. But that is not the same as just letting the kid hear things the same way at the same time as adults.

Generally speaking, children lose their innocence all too soon  in today’s world, and sooner still, and in more serious ways if the child is privy to and weighted by and DEFINED by his or her disease.

Shift the focus, change the emphasis.  It takes is awareness and intention.  It is one more thing… and not as hard as many other things… parents need to do for their children.
——————————————————————————
It  is important for parents of children who have medical challenges to remember that.
Of course, there must be a differentiation MADE for them.  There must be time, lots of times, really,  when the disease or it’s effects are never brought to bear in a conversation.